The open beta for the English version of Tales of Crestoria has begun, but only for select areas.

Announced yesterday via the official Tales of Crestoria English Twitter, an open beta for the game is planned this early May. For now, however, the open beta is set for Canada and Indonesia only.

The open beta test for the English version of TALES OF CRESTORIA will be held in early May through the Google Play Store in Canada and Indonesia. We will follow up with schedule details for users in the applicable regions.
We appreciate your understanding. #TalesOfCrestoria pic.twitter.com/F1XmEiui3h

And as of today, multiple players have reported that the open beta is live for those regions, at least for Android. 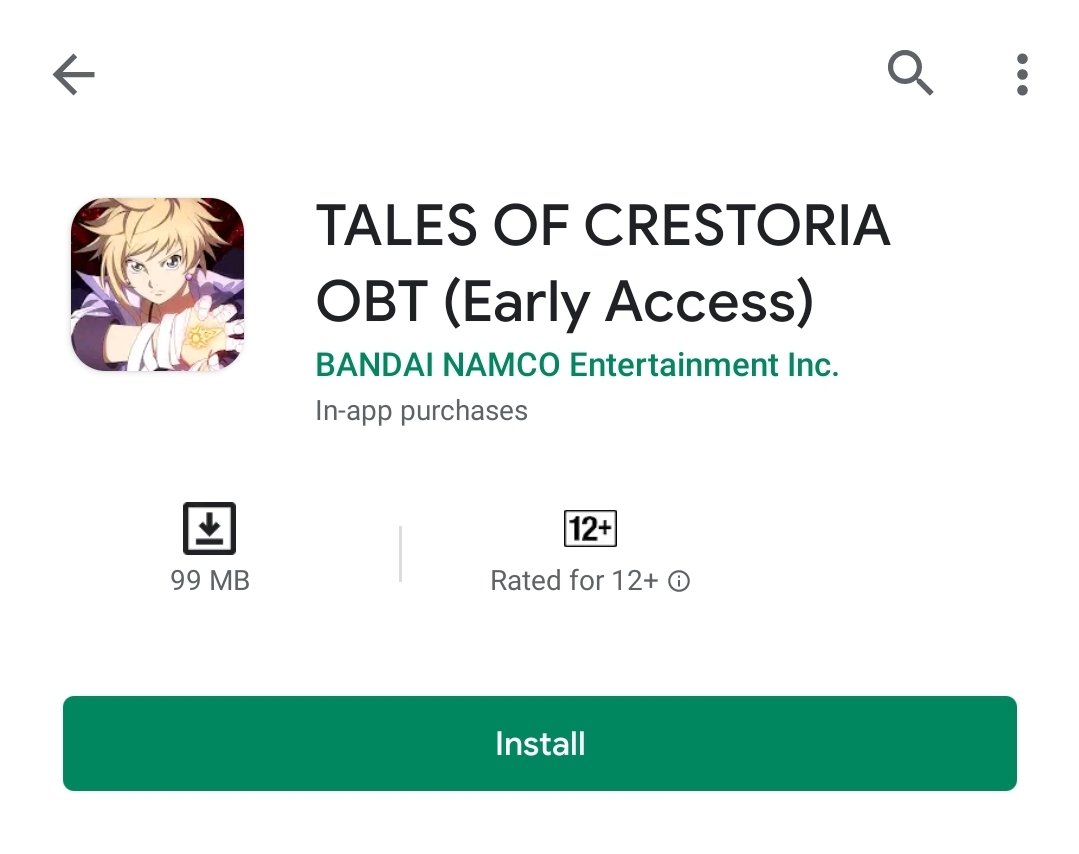 Please note that also announced via the Tales of Crestoria Twitter is that the accounts made during this open beta will NOT have data carry over to the final version of the game, so to the players, hold on a bit before you go all out. The Open Beta will be held for only the next 5 days.

To those who are outside of Canada and Indonesia, you can check out our (lengthy, yikes) playthrough highlights and reactions video below. We definitely had fun with the game and were surprised at how much it could deliver, so we're positive fellow Tales fans will surely enjoy the game, too!

Tales of Crestoria is an upcoming mobile title dedicated for smartphones that is an entirely new story and doesn’t focus on previous Tales of titles. The game features Kanata Hjuger, a young man branded as a Transgressor because of the crimeof “protecting someone important” to him. The game will be released for iOS and Android on 2020.

A Full Profile of All Six Tales of Crestoria Characters